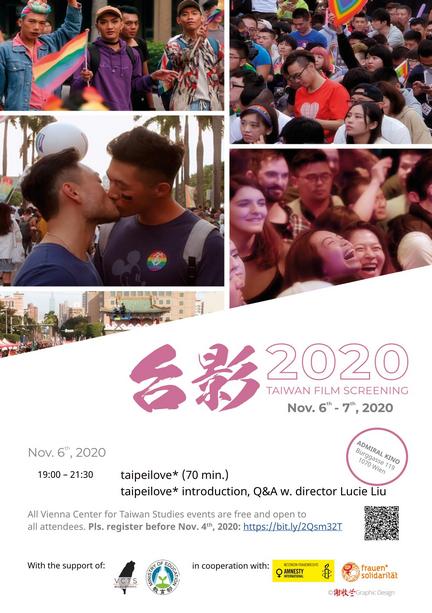 Another great film event from Vienna Center for Taiwan Studies:

The Vienna Center for Taiwan Studies was formally established in the Department of East Asian Studies/ Sinology, at the University of Vienna in December 2009 with an inauguration lecture by the first Taiwanese guest professor, Professor Li-chung PENG, of National Chengchi University on the concept of Taiwan studies.

The Center regularly stages Taiwan film presentations, including a Taiwan Film Night with an ensuing Chinese-style buffet in 2011, and hosts guest researchers from Taiwan.