A security guard and a recyclables collector aren’t exactly the most popular members of town – that distinction would go to the oily local politicians and the crooked businessmen who line their pockets. But Pickle and Belly Button, as the two are dubbed, have a room of their own where they can rule the roost: a private security booth for late-night trash-talk, TV, and the occasional porn magazine. One evening, they discover a new way to pass the time. Pickle’s boss is known for his adulterous exploits, so the dash cam in his car must have picked up some salaciousness. But the buddies get more than they bargained for when they come across some footage they definitely should not have seen.

A sad tale told as a folksy comic yarn, THE GREAT BUDDHA+ is sensational, hilarious, satirical, and whimsically alive. Populated by a town-full of quirky loners and horny politicians, the film is an eccentric mix of the devotional and the deviant, and director Huang Hsin-yao embraces it all with a wink. In fact, he steps in as a most unusual narrator, less an omniscient chorus than the tired neighborhood elder who already knows how the story will end so he preoccupies himself by dishing back-stories on side characters, defining terms the audience may not understand, and even commenting on the film music. Huang is Taiwan cinema’s freshest new voice in years. –Brian Hu 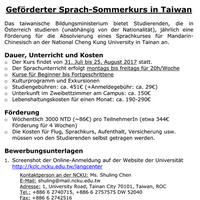