“I have always wanted to tell a story about some forgotten place or people in the southern Taiwan. I feel that the comical portrayal of Taiwanese people on television or in film often fail to convey the true nature of our lives. There are many laughable things in our lives, and when they are depicted in the movies, they make us laugh out loud. But somehow I feel that these laughable things actually stem from sadness. We can only look at it directly and then carry on with our lives. If we feel helpless, it may be a way of coping.” – Director Huang Hsin-Yao

Pickle is a night security guard at a bronze statue factory, who also plays in a band at the funerals when time allows. Earning a meager income, Pickle lives with his elderly mother. His best friend Belly Button works as a recycling collector during the day, and Pickle’s biggest pleasure in life is flicking through the porn magazines Belly Button collects in the small hours in the security room. Having late night snacks and watching television are an integral part of their dull lives. One day when the television is broken, their lives are changed forever. At first, they watch the footages recorded on their boss’s dash cam for fun, and soon they get addicted to peeping into the boss’s colourful private life and accidentally discover the boss’s unspeakable secret. As a result, a ridiculous chain reaction is triggered, and even the statue of Buddha, ready to be sent to the religious festival, is forced to play a role in this chaotic situation. The story involves gods, the middle-aged men’s sexual desire and the conversation between ghosts and humans. Maybe the audience will find it preposterous, but isn’t life itself a farce? 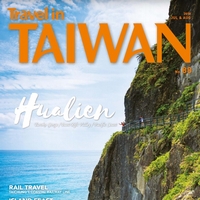