During the Cold War, a secret mission, which the survival rate is lower than the Russian Roulette, 28 Black-Cats-Squadron Pilots’ stories give out a question without an answer: Who is the real hero?

In the Black-Cats-Squadron, 28 pilots participated in this spy/secret mission for 14 years. Seven of them passed away during the training, and three passed away while in the mission. Another two pilots were shot down by the communists and were captivated in Beijing for more than 20 years. After that, they could not come back to Taiwan because of the tensions within…

45 years after the last mission of the Black-Cats-Squadron, the audience can now see the whole picture through this documentary. It gives the audience a tender but strong reminder: not forgetting those people who sacrificed for the country! As a director for 25 years, Yang’s works include music video, commercials, TV drama series. He is known for his work as the director for the 2002 Taiwanese drama, “Tomorrow”. “Lost Black Cats 35th Squadron” (2018) is his first feature-length documentary film. 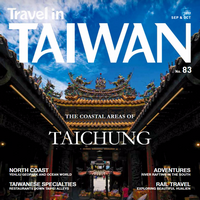