Secrets in the Hot Spring

20 years old and still in high school, Hsiao-chin (Zhang Ting-hu) is a slacker without a future. For winter vacation, he is tricked by his grandparents into visiting the family’s hot spring hotel, which he is expected to take over someday. If having two goofy classmates tag along isn’t bad enough, imagine what happens when they start running into things that go bump in the night. 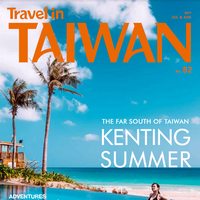