Synopsis
Xiulan (Bai Lan) and Huotu (Chen Yang) are young lovers in rural Changhua County, central Taiwan. After her father’s death, Xiulan’s sick mother reveals the family is heavily in debt. Xiulan goes to Taipei in search of work. After some hesitation, she accepts an offer to become a taxi dancer in a nightclub, and is given an extensive makeover, complete with perm and high heels. When Huotu visits, he is disappointed by Xiulan’s transformation. Leaving her a note, he heads back to Changhua on the early train from Taipei. She rushes to the station, but cannot find him. When she tries to quit the nightclub, the Chairman (Chen Caixing) gets her drunk, rapes her, and installs her as his mistress.

Early Train from Taipei is one of the most celebrated Taiwanese-language cinema hits. Shuttling by train between the bucolic countryside and the big, bad city, the downward spiral of its narrative – only the first circle is described above – makes this cautionary tale a typical melodrama of modernity. Produced as Taiwan experienced the jolts of rapid development and urbanisation, audiences were eager for its catharsis. The all-star cast, evocative monochrome cinematography, and prolific music added to its lustre.

Early Train fits the melodrama model in many ways. As well as being a tale of a fallen woman tempted by the big city, its too-little-too-late/in-the-nick-of-time rhythm also fits the genre. Beginning with Xiulan’s dawn dash to the station, it continues as the young lovers almost miss each other but are eventually reunited, or one of them almost commits suicide but ends up killing someone. Black and white is not confined to the cinematography, but extends to the binary characterization of a pure heroine victimized by dastardly villains. And, as the prospect of justice fades, tension mounts and is released traumatically. Suffering ratchets up to include blindness and disfigurement. Murder adds elements of courtroom drama, and a lifetime sentence underlines the message that once you leave the safety of home, there is no possibility of return.

However, warnings like Early Train do not seem to have discouraged audiences from the temptations of the city. Released in 1964, the film captured the moment when the transition from an agricultural to a light industry and export-based economy became entrenched in Taiwan. The availability of jobs triggered a sustained exodus of young people like Xiulan and Huotu from the countryside, and the economy grew by an average 10% a year well into the 1970s.

Although the plot of Early Train seems far-fetched, the mixed emotions generated by severed family ties as the price paid in the pursuit of material improvement resonated widely. Indeed, the possibility that audiences wanted tragedy is implied from the outset by a frame narrative: an artist’s explanation that a sad story lies behind the contrasting portraits of a young woman – one beautiful, the other hideous – functions as a promise of tears to come.

Emilie Yueh-yu Yeh and Darrell William Davis point out the importance of musical enhancement to the film’s many peaks and troughs in Taiwan Film Directors: A Treasure Island (Columbia University Press, 2005, p.22): “the film employs deft parallels between city and country, such as a sound match between a trumpet blaring in a Taipei nightclub and the soft sounds of the boyfriend’s flute. … a wide range of popular soundtrack music is used, from a remix of a popular Mandarin song written by Hong Kong’s eminent Mandarin pop songwriter Zhou Lanping, to an appropriation of Hollywood music such as the galley slave theme from Ben-Hur.” To this we might add Japanese enka stylings and jazz. No wonder many viewers today experience an uncanny moment or two as they watch Early Train from Taipei!

Born in Guangdong Province in China, director Liang Zhefu’s career started in Hong Kong in the 1950s and ended there in the 1980s. In 1957 he moved to Taipei, where he made mostly Taiwanese-language but also Mandarin-language films until 1980. Working in various genres, he directed 44 feature films. His 1963 hit, The Last Train from Kaohsiung, also starred Bai Lan and Chen Yang and acted as a prequel for Early Train from Taipei. Bai Lan and Chen Yang were two of the Taiwanese-language cinema’s biggest stars. From her first appearance on screen at the age of 10 until the mid-1980s, Bai starred in 62 films. Chen Yang “only” starred in 39 films, but he also directed and produced in the final years of the Taiwanese-language cinema era. 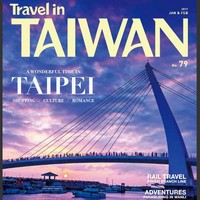