Eighty years ago, the Seediq people living high in Taiwan’s mountains rose up against the oppressive rule of the Japanese government in what went down in history as the “Wushe Incident.”

Featuring a wealth of documentation and narrative accounts by the descendants of the rebels, this film takes a rare look into the dark corners of the “Wushe Incident.”

The story behind the documentary

WARRIORS OF THE RAINBOW:

SEEDIQ BALE wrapped in September 2010, but Director Wei, Te-Sheng had another dream. In addition to paying tribute to the heroic deeds of the male Seedeq warriors by way of the drama film, he also hoped to make a documentary about the survivors of the Wushe Incident, documenting their lives after the Incident, and how they mustered incredible courage to look beyond their past and face the future, becoming the Alan-Gluban of today. Therefore, he invited Director Tang, Hsiang-Chu of the Homecoming Trilogy documentary (who was also the sound engineer for the WARRIORS OF THE RAINBOW: SEEDIQ BALE) to direct the PUSU QHUNI documentary.

WARRIORS OF THE RAINBOW:

SEEDIQ BALE is a drama film in honor of the Seedeq men behind the Wushe Incident and their battle for dignity. Yet it also portrays the dark side of their battle glory – how the old and the weak of Seedeq chose to hang themselves to death. Faced with no way out, the only thing they had control over were their lives, which they ended to leave the hopeless predicament caused by the wars between men. Those who survived the violent incident chose to live on in order to continue their bloodline, refusing to accept death as the easy way out.

The subject of the PUSU:

QHUNI documentary is this group of resilient survivors, whom the Japanese forced to migrate to Kawanaka-hara-jima (Qingliu). Throughout the history of mankind, men tend to seek glory and purpose in life through combat and killing, whereas women are like mother earth, nurturing life with graceful beauty, resilient in the face of hardship. After the “Wushe Incident”, the Seedeq survivors who were relocated to Kawanaka-hara-jima (Alan-Gluban, Huzhu Village, Renai Township, Nantou County) are the best embodiment of this resilience.

Today, the Alan-Gluban settlement is segregated, self-sufficient, teeming with vitality, and is also the most educated aboriginal tribe in Taiwan. This attests to the extraordinary will of the survivors who have rebuilt their home.

The drama film and documentary seeks to remind us of our god-given right to maintain our dignity as human beings, regardless of era or civilization.

Residents of Alan-Gluban belong to the Seedeq Takadaya tribe, formerly located in the Wushe area. On Oct 27, 1930, news of the Wushe anti-Japanese incident shocked the international community. On May 6, 1931, survivors of the Wushe Incident were forced by the Japanese to relocate to their current location – Alan-Gluba. As the location was surrounded by three streams, it was called “Kawanaka-hara-jima” during the Japanese occupation. After the Nationalist Government came to Taiwan, the place was renamed Alan-Gluban after the clear waters of the Beigang River. The Seedeq people also refer to themselves as the Alan-Gluban. After 80 years of hard work, the Alan-Gluban have transformed their village into a place of abundance and beauty, becoming the most highly educated area in Taiwan with the highest ratio of public servants. This may also be a reflection of the tough resilience of the survivors of the Wushe Incident. Here, the filming team will seek out survivors of the actual event, enter their lives, and learn about their tough philosophy of life. 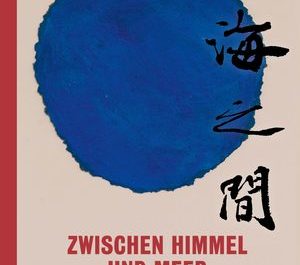