The Bride Who Has Returned from Hell
地獄新娘

The movie opens with a boat accident. A male body is discovered. While a woman’s purse is also left at the scene, no female body is found. Entrepreneur Wang Yiming (Ke Junxiong) is led to believe that his wife eloped with her lover and was drowned at sea. Feeling hurt and humiliated, Yiming is unable to show affection toward his daughter, Shuyuan (Xiao Hui), and subsequently gains a reputation as an uninterested father, ill-tempered master and irresponsible playboy. Yiming employs Bai Ruimei (Jin Mei) to be a private tutor to Shuyuan. There is another young girl in Wang’s household, A-Lan (Dai Peishan), who is the granddaughter of Yiming’s employee, Manageress Liu (Yue Fan). Ruimei takes both girls under her wing. As it turns out, Ruimei is Yiming’s sister-in-law. She has come to Taiwan from Singapore to investigate the mysterious disappearance of her sister.

‘This film is both the full blossom of “Taiwanese-Language Cinema” (1955–1972) and a unique flower of its own in Taiwanese film history. […] It illustrates the enthusiasm of the time and endeavors to explore new stories and fresh elements while also demonstrating director Hsin Chi’s [i.e. Xin Qi] experimentalism. The narrative combines the rifts, risks, and  restoration of domestic (usually patriarchal) order of family melodrama with the suspense, mystery, romantic entanglement, and supernatural elements of Gothic romance.’

The investor in this film was the most influential Taiwanese producer at the time, Dai Chuanli, who controlled an island-wide distribution and screening network. Each time Dai decided to produce a film, he would take an entourage on a round-the-island tour of Taiwan prior to beginning the shoot. On the surface, the purpose of the excursion was for  location scouting, but more importantly the long-distance trip was to collect deposits from theatre owners and distribute island-wide publicity materials for the film. Dai’s entourage usually included the film director and several of Dai’s friends and family members.
The Bride Who Has Returned from Hell was meant to be a star vehicle for Dai’s daughter who played the role of A-Lan in the film. According to the director, Xin Qi, while most Taiwanese-language movies would finish shooting after ten or fifteen days, Dai allowed him twenty-six days to work on this particular project to maximize the quality of the film. Moreover, special treatment was designed to emphasize the importance of A-Lan’s character. For example, when A-Lan first appears, she sneaks around, creeps behind the wall and bushes and moves between light and shadow, which creates a striking and mysterious impression for both the character and the film.
The Bride Who Has Returned from Hell demonstrates many transnational elements in Taiwanese-language cinema of the 1950s and the 1960s. For instance, the character A-Lan sings a familiar Taiwanized American folk tune, Dreaming of Home and Mother several times throughout the film. Scholars point out that many popular songs in dialect melodrama ‘were truly hybrid, absorbing traditional opera, Japanese and Mainland Chinese influences, as well as assimilating Western classical music, rock and roll, and jazz.’ (Guo-juin Hong, Taiwan Cinema: A Contested Nation on Screen, 2011, p.62)
In the heyday of Taiwanese-language cinema, many local filmmakers and financiers relied on transnational strategies –investment, markets, film workers, imports of materials – to ensure a successful commercial operation. However, the films and the industry themselves remained very much culturally Chinese products, even though Bride was adopted from Victoria Holt’s Gothic novel, Mistress of Mellyn. As demonstrated in The Bride Who Has Returned from Hell, despite the mixed influences from Japan, America, Hong Kong and  mainland China, the imagined world represented in the Taiwanese-language cinema of the 1950s and the 1960s was highly homogenous and culturally Han-Chinese, more working class than middle class, and more parochial than cosmopolitan. It represents a society’s uneven indigenization of external influences at an early stage of modernization and exposes problems of ‘applying a notion that was used to articulate certain trends observed in the 1980s and 1990s to things that look transnational in other periods’ (Jeremy Taylor, Rethinking Transnational Chinese Cinemas, 2011, p.5). In this way, early Taiwanese-language cinema challenges our current transnational sensibilities.
Director Xin Qi (1924–2010) was one of the most popular and innovative filmmakers of the Taiwanese-language cinema. He directed altogether 52 feature films of many different genres between 1957 and 1979. In our Taiwan’s Lost Commercial Cinema season, we have another masterpiece by Xin Qi, Dangerous Youth (1969), in which he offered daring social commentary by critiquing materialism and greed. 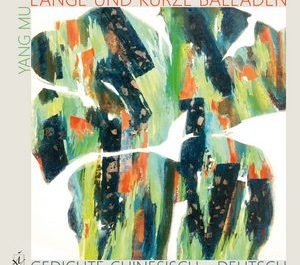